Here is the Part 4 addition to our blog.  We are trying to put some pictures on that will give you a small taste of what it is like here in Samoa.  When we first arrived some of the seasoned missionary couples told us that we would get a $200 ticket for not wearing seat-belts. After seeing how people ride in the back of trucks and in buses we didn't worry all that much.  Here are some pictures of interesting vehicles. 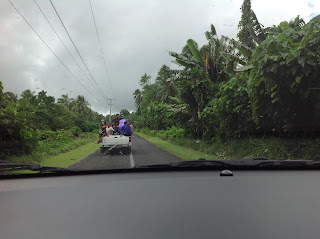 We were following this truck on the highway and hoping someone didn't get bumped out. 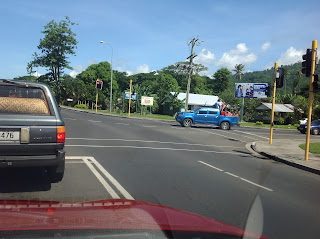 This is at an intersection right by the temple.  Sometimes we have seen as many as 18 people in the back of a pickup. 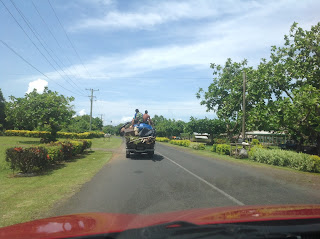 The truck has a load of something, I'm not quire sure what it is but then there are 4 people sitting on top. 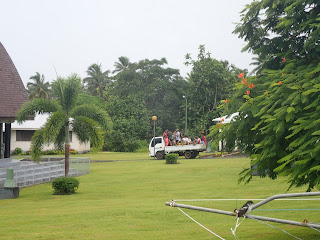 These are some rugby players.  Whenever there is a game they will all pile into a big truck to go to the game. 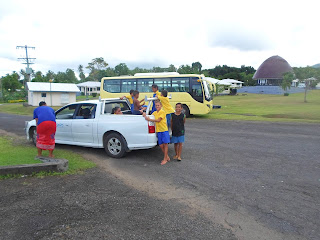 One of the parents picking up kids at school.  He will haul 8 or 10 kids in that little pickup. 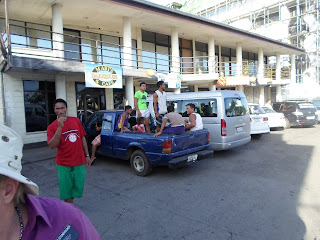 This is a pickup load of guys riding around in Apia. 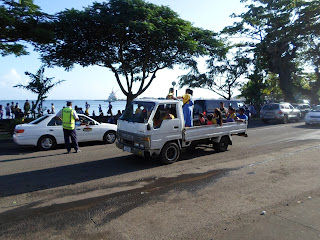 Notice the truck with all the people in the back and the policeman standing right there looking at a taxi cab. 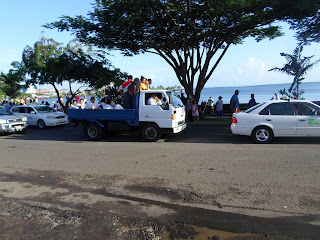 Another truck load of people and they tell us that the police are worried about seat-belts.  I did a survey of 100 vehicles we met on the road and counted how many had seat-belts.  I only counted 7 with seat-belts. 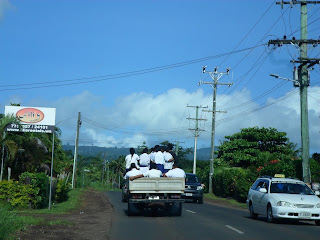 Another truck in front of us, it really is amazing that more people are killed.  The one thing they have going for them is low speed limit, it is 35 mph on the highway.  In the 17 months I have only been past 50 mph five or six times. 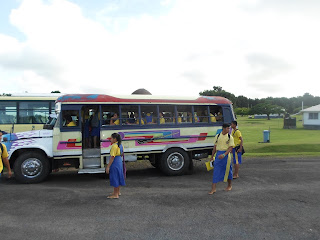 Here is one of our buses and they are loaded.  They will have students with standing room only. 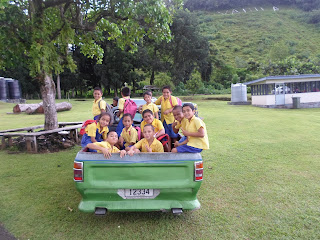 They don't bus the elementary students here, the parents have to arrange rides to and from school.  Here is a bunch of elementary kids getting a ride home from one of the parents.


This next section is looking at the bridges and water flowing over them.  All the bridges I've seen do not have culverts and the water rises and runs over the top. 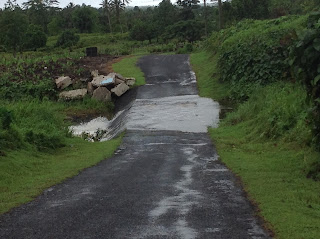 The rain water comes down so heavy that the water washes over the bridge.  This is the bridge we go over all the time and you don't want to be caught on the other side because you won't be able to get home.  This is the start. 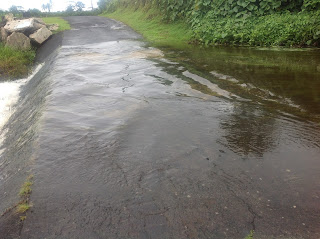 This is about the middle and the water is probably two and a half feet deep.  A few years ago they had a bus that was washed down stream so everybody is very conscious about it.  This is the upper bridge. 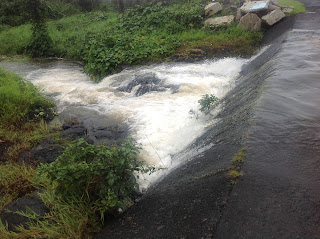 Before this got full blown the principal called the buses in and sent the bus students home.  It was lucky for them because we couldn't cross at this time. 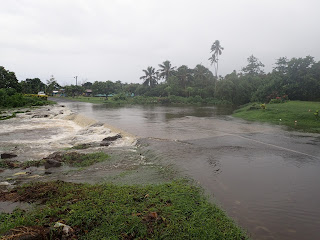 This is the North Coastal Highway, the main highway around the island and after a big rain storm it gets flooded in several places and you just have to wait it out. 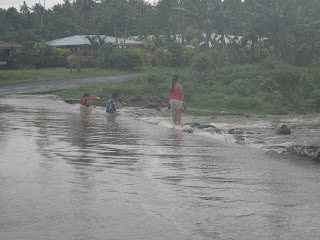 Kids every where love water and they are no different in Samoa.  They are out enjoying the water. 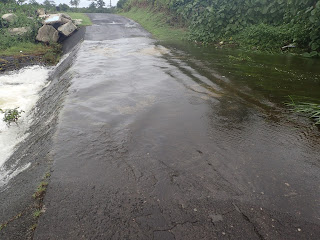 This is another rain storm where they had to sent the students home early.  It wasn't as bad as the first one. 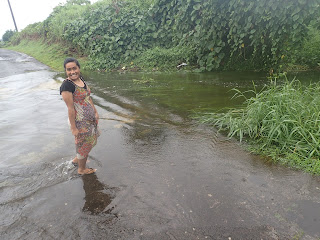 This is one of the staff who is taking our course and after class we drive her back home. The water was a little high at the upper bridge so we went down to the lower bridge and made it across so we could take her home. 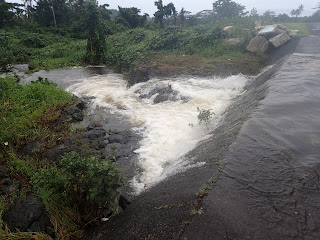 The water really ruses over that bridge and it tends to keep people from trying to cross it. 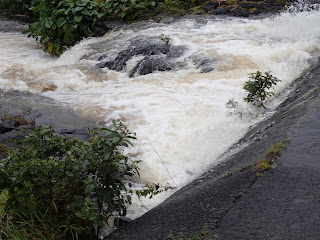 The water is quite forceful.

We don't have hardly any wild animals in Samoa.  But one thing we do have is wild donkeys.  Many years ago they were using donkeys to move things.  When vehicles came to the island the owner of the donkeys just turned them loose and they have been wild ever sense.  Every time we catch the ferry we go right by them but we had never seen them.  Lots of the missionary couples saw them several times.  Well we finally saw them and here they are, only two of them. 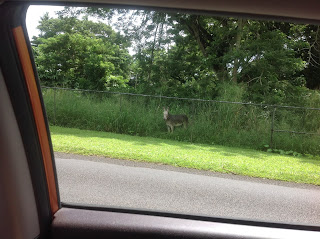 This is the first donkey we saw 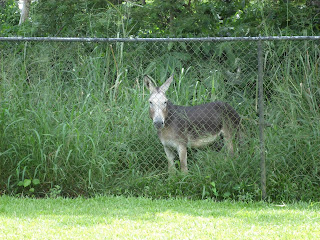 So I had to get a close up. 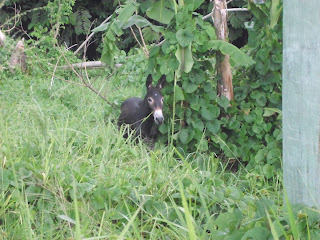 This is the second one and we are all happy. 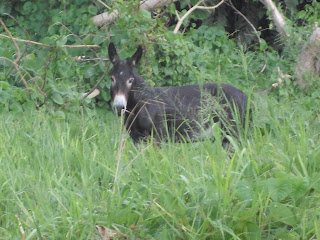 Amazing the only wild animal and its a donkey